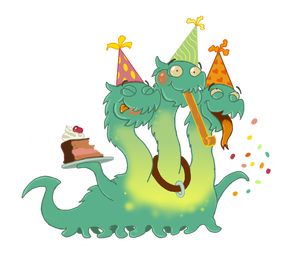 Users who sign into any wiki on the platform between September 19th, 2017 and September 26th, 2017 will receive a very special achievement.

The platform was originally created to host 18 wikis, which were merged over the course of the first year.